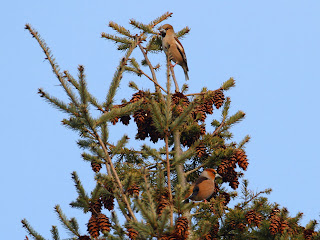 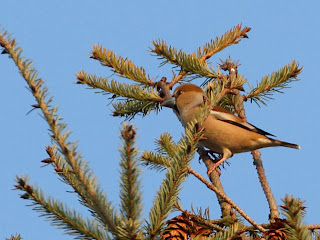 Hawfinch. Female.
As we were leaving a further report of the shrike came in. As it was only ten minutes away we decided to go back again, but a further scan of all the likely bushes failed to reveal the bird. Despite this, we left happy to have seen the bufflehead, and I was very happy with the hawfinches.
Posted by Phil Wallace at 23:23