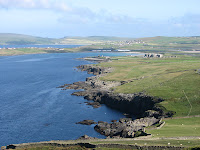 2008 was a hectic year especially in the last few months. I'd never kept a year list before but David Campbell made me (well, all right - suggested that I should) keep a year list, so I did. At first I kept a list of all I saw on any trip but after a couple of months I only kept a note of new birds that year. Initially, we were fairly relaxed and I didn't have any idea how many different birds I would see in one year. By the time I had reached 175 the idea dawned that it might be possible to see 200 and this, linked with a little healthy competition with David, made me turn into something of a twitcher in the last three months of the year.

Early 2008 brought several lifers for me (birds that I'd never seen before). Some early trips to Dungeness saw white fronted geese (like greylag geese with elegant white foreheads) bean geese, which also look something like greylags, and long tailed duck.

Nearer to home I saw brambling in Banstead. A weekend in Norfolk was cold but interesting, with highlights being snow bunting, spotted redshank, barn owl and, of course, the American white crowned sparrow which stayed for several weeks to the delight of birdwatchers everywhere.

The Spring was a lovely time watching the young birds, and their parents desperately rushing around to find enough food to feed them all. At Pulborough Brooks in W. Sussex, one wren in particular had to run the gauntlet of all the visitors as her nest was just outside the visitors' centre. In Devon I saw the peregrine falcons nesting at Plymbridge Woods high in the cliff and a lovely dipper which was perfectly at home in the fast flowing river. Neither was a lifer for me but they are not common birds and it is nice to have the opportunity to observe them.

In June I saw my first red backed shrike, the so-called butcher bird, because it catches its prey and often impales it on thorns or barbed wire spikes to save them till later.

July was a lazy month and at Oare Marshes I spent some time observing a sedge warbler as it flew to its favourite perch and then off to the reeds for a while. Its favourite post was just over the water channel and, while it was away from it, I approached through the long grass and set up my tripod. I stopped every time it came back to its perch and sang its long scratchy song, moving closer when it left. Eventually I was directly opposite it and I was able to take a series of photos. One, as it sings its heart out, is my particular favourite. Later in July, also at Oare I saw a grey heron catch and eventually swallow a large eel. It took him some time with the eel wrapping itself around the heron’s bill so it was difficult for him to open it. The struggle went on for 7 or 8 minutes before the eel gave up and the heron had his meal.

Our family holiday was just a week on the Greek Island of Lesvos. Opportunities for birdwatching were few but we did get away for a couple of hours to visit the salt pans of Skala Kallonis. July isn’t the best time for birds. Lesvos is apparently a great place for migrating birds in May but here we were in July. Nevertheless we saw c.100 greater flamingos and the same number of avocets. Just as we were leaving I spotted a black winged stilt which was calling loudly, another lifer for me. This is a beautiful wader with the longest legs imaginable on a bird, relative to its size of course. I managed to film it for a short while before it disappeared but I felt very happy to have seen it.
Posted by Phil Wallace at 20:52 1 comment: 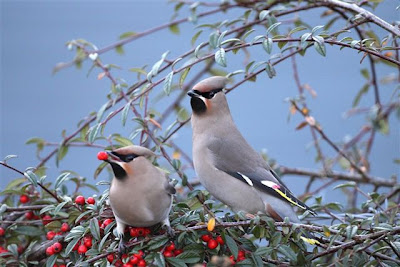 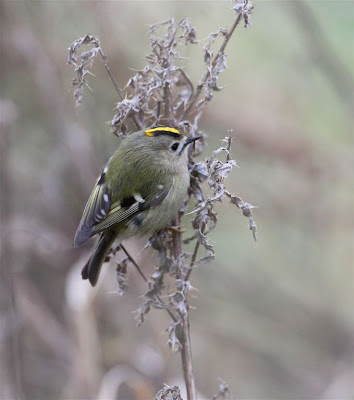