An hour at Warnham LNR - Nuthatch

Lynne and I went to Chichester today. On the way we stopped at Warnham Local Nature Reserve. I used to be a member and went there regularly but things moved on and I neglected it somewhat! After a cup of tea we did the circuit. The highlight was a pair of nuthatches at the feeding station. They flew in and out regularly, staying just for a few seconds each time. Lynne liked them. A young magpie also enjoyed the seeds left for the smaller birds.

Posted by Phil Wallace at 23:05 No comments:

Today I dropped in at Bough Beech after loading scenery for HMS Pinafore into a lorry for a couple of hours!

There wasn't much about. I got talking to a chap over a cup of tea and we decided to follow the woodland trail towards the reservoir. Near the far end I heard some treecreepers and they soon appeared before us. Unfortunately, there was thick undergrowth between them and us. It was quite difficult to get in position for a shot but, eventually, one of them came near to check us out. Here it is. Lovely:
﻿
﻿

Weekend in the Pyrenees

Lynne and I spent last weekend (Fri, Sat, Sun  7-9 October) with our neighbours in the Pyrenees. The flat was in Les Cabannes, about 600m above sea level. The weather wasn't brilliant but could have been a lot worse. We did some lovely walks in the mountains, especially up the valley of Orlu. Here I took some photos of raptors flying high overhead as well as some marmots. The raptors were difficult to identify on the spot being into the light and very high. At home, examination has revealed that they included a lammergeier (a lifer) and a griffon vulture. They are in the same poor shot, griffon above, lammergeier below.
﻿ ﻿ The marmots are here:

While getting the morning baguette and croissants, I passed a small group of conifers on the side of the road. One morning, returning from the boulangerie, I heard firecrests. I looked to my right and there was one just a few metres from me at eye level! If I'd had my camera I'd have got a killer shot! I took the bread to the flat and got my camera. Needless to say the firecrests never came as close again. I did get one or two more distant shots though. You will know that firecrests are tiny birds.
In the back 'garden' there was a tree which attracted a lot of birds. One was a middle spotted woodpecker. Here it is, quite heavily cropped, I'm afraid.
Most of these mountain villages had clear mountain streams near or through them. I was surprised not to see dipper until the last day in Ax les Thermes, when I found one just under a bridge in the middle of town.
The back 'garden' was actually the grounds of a dilapidated 'palace'. Black redstarts were present as well as a flock of serin.
﻿
﻿
Shame it was only 3 days!
Posted by Phil Wallace at 18:37 1 comment: 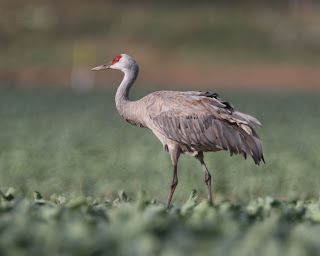