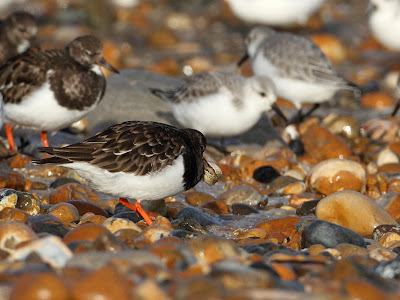 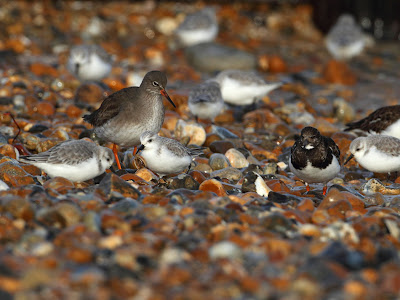 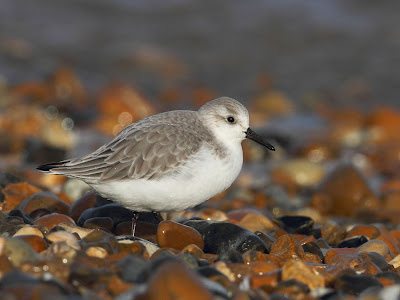 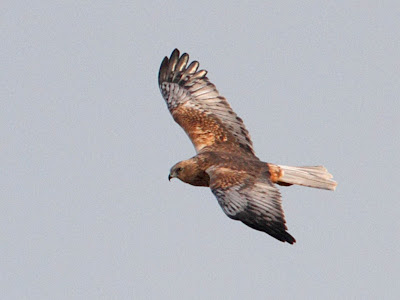 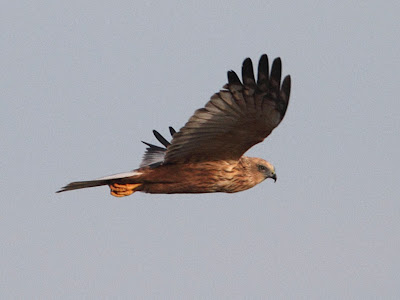 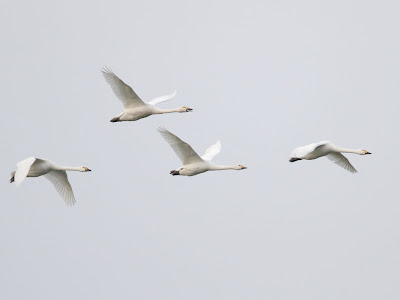 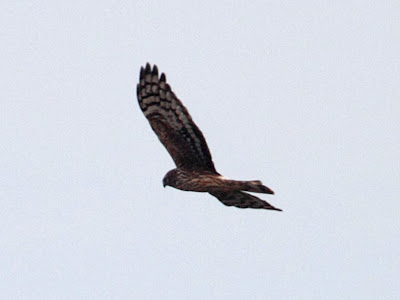 Shortly afterwards a car stopped and I met Corrina Smart for the first time. She had pulled up to ask what was about. I hadn't realised that she, as Eagleseagles, was the person who wanted to use my brown shrike photo on her blog. We chatted for a while, found a pregrine eating its prey and then went on to the raptor point. The light was fading, but we still saw two or more hen harriers, several marsh harriers and quite a dark barn owl. We had just left to come home when, in the fading light the barn owl alighted on a post in the glow of the Western sky. David jumped out to take a silhouette in the semi darkness.
All in all, a very enjoyable day and a fitting end to a good year. Thanks, David for your help and company this year.
Posted by Phil Wallace at 22:37