Well, before I get to that, let me apologise for not posting anything for the last four weeks. Lots of things going on at work caused by the credit crunch, etc. I have been out there in the field, but no time to put everything on the blog.

On 28 March went to Beddington SF to see if there were any early migrants. Saw tree sparrow (Beddington is the place to go for tree sparrows), green sandpiper, and blackcap but nothing more exciting.

The following day I went to Farlington mashes for the spoonbill. I did see it distantly but had to cut short my visit when my son rang to say that my daughter had had an accident (now fine, nothing serious).

On 5 April went to Dungeness with David Campbell, who was confidently predicting at least ten year ticks and a couple of lifers for both of us. As it turned out we got a few year ticks and no lifers (which would have been Common redstart and velvet scoter). 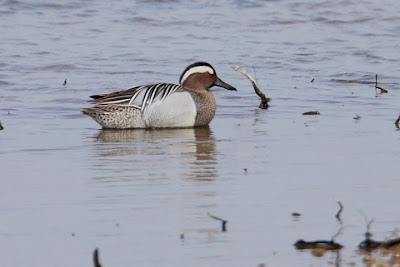 
I got my camera out and while the grebes were diving we moved 50m down the causeway to just about where they would come up close to shore. It worked. they surfaced and didn't move. I had put my tripod down but, while I had carried it on my shoulder, the lens had swivelled round so that it was looking the wrong way. I swivelled the lens round the right way again but too fast it seems. The slavonian grebe in breeding plumage took off like a rocket, half flying, half running on water as they do until it was at least 50m away and the other one joined him. Ah, well! 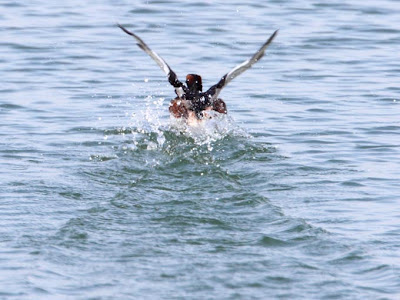 Slavonian grebe putting a lot of distance between me and him!!

Also that day we saw a male black redstart and a flock of c.25 linnet. 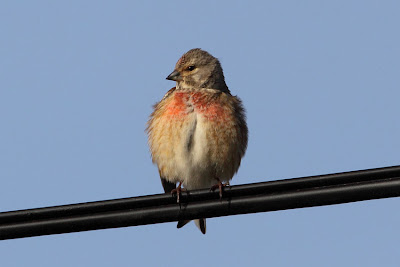 The next day while waiting at the bus stop at Sutton station on my way home from work I looked again for the Peregrine which used to sit regularly at the top of the Reed Building. No sign again. Then I looked at the building to the South of it. There on the rail at the top was what looked like a Peregrine. I pulled out the small monocular that I now carry with me all the time just in case. Sure enough it was the peregrine. I tried to phonescope it but my bus came before I could manage it.

I want to get this posted so I'm going to do another post about that sparrow. Watch this space!
Posted by Phil Wallace at 20:29