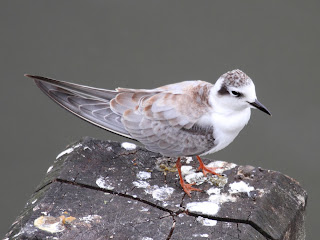 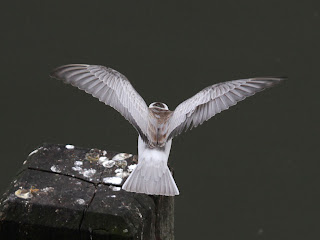 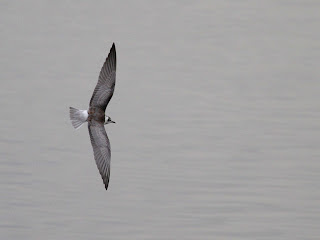 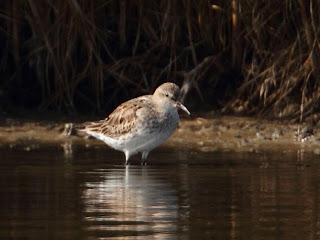 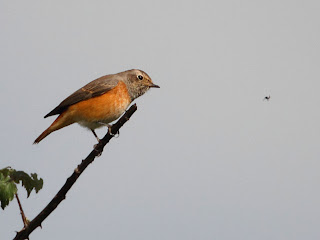 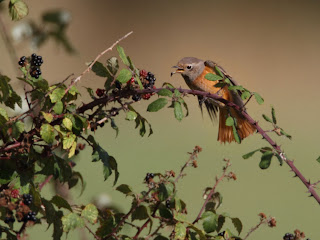 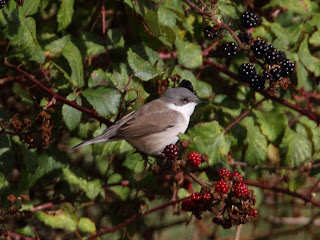 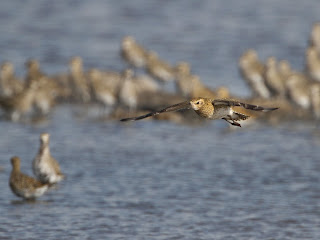 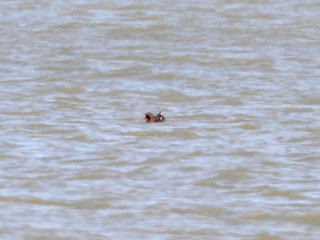 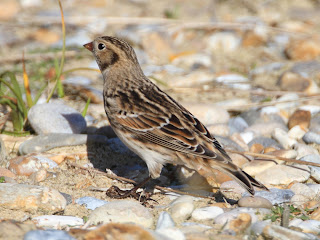 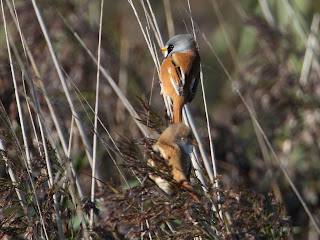 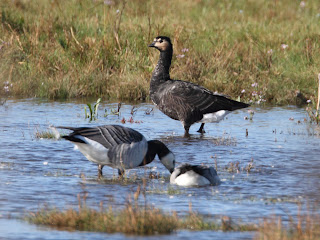 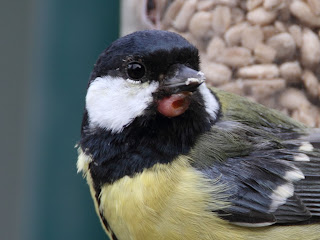 Deformed great tit.
Posted by Phil Wallace at 13:46 4 comments: Links to this post

Getting up at 05.15 to get to Beddington Sewage Farm by 06.00 was hard, but worth it to get a lifer in a short while. Two birds were feeding in the long grass and, although not so confiding as with the first ones to see them yesterday, they were still not too bad. The grass got in the way of the autofocus but this shot is perhaps the best of the bunch. After taking some pictures I had to go to work! 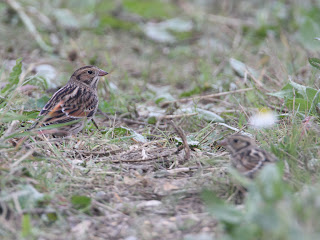 Lapland
buntings
Posted by Phil Wallace at 23:06 2 comments: Links to this post 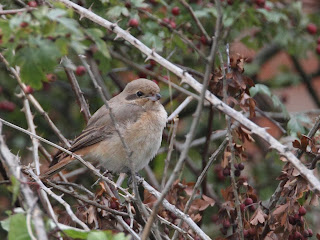 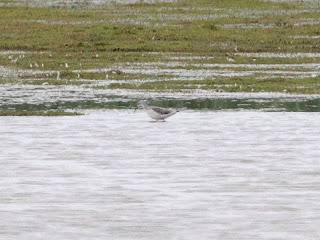 Wilson's
phalarope
Posted by Phil Wallace at 23:43 2 comments: Links to this post

David Campbell and I decided to go to St Margarets at Cliffe today hoping to see large numbers of migrants amassing on the South cliffs before launching themselves off to faraway countries. It was very quiet. A wheatear, a chiff-chaff and some magpies were almost all we saw. 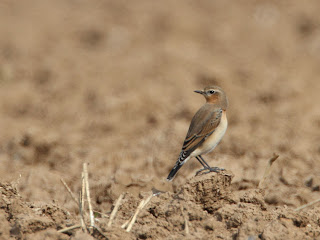 
The pager showed a wryneck 'at Samphire Hoe Country Park'. Hardly the most precise directions. We were 20 mins away so decided to go. The park is 89 acres or something and we had no idea where to start. The chap in the office suggested the path at the back that runs alongside the railway at the base of the impressively high white chalk cliffs. We wandered down there, met another birdwatcher searching for it. He went off on another path.

We saw some stonechats and had almost reached the end of the path when we saw a bird fly from the bank to the top of a nearby bush. The wryneck! I got one shot as it flew away! I put out a message with a precise location. In the meantime a young stonechat with a bug stuck to its bill posed on the bush. 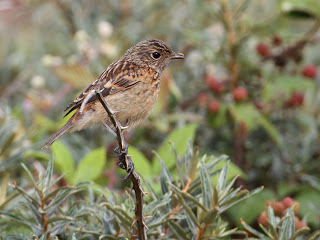 The wryneck came back about 10 minutes later but dropped down before I could get another shot. The man who had gone on another path was back now. It flew again and he saw it. It flew to a distant bush on the other side of the railway and we watched it for 6-8 mins. Then it flew and we lost it until David picked it up again on the path in front of us about 25 metres away! I took some photos before a group of walkers sent it over the fence. 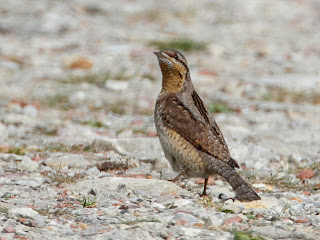 About 6-7 other birders came to see it and they all did while it was feeding at the top of the bank. 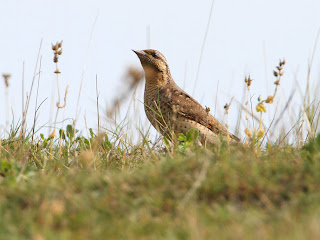 We heard a train aproaching. The wryneck flew towards his distant bush on the other side of the track. All eyes followed it as it flew straight into the front corner of the approaching train. I and several others heard the impact and we all gasped. Was it killed by the train! We didn't know for certain that it had been killed but we were all pretty sure that it had. One woman burst into tears, bless her, at the shock horror. We were all affected at seeing such a lovely creature die.

I jumped over the fence to the path by the side of the track to see if I could find a body. I looked hard but there was quite a high wall between the path and the track. I couldn't see a lifeless wryneck but the train could have carried it for quite a way.

We waited another 15-20 mins but it didn't re-appear. We feared the worst and walked back to the car. We had to tell the newly arriving birders that the wryneck was no more.

We went to Bough Beech reservoir on the way home and the highlights were 3 green sandpipers, 2 snipe, bucketloads of pied wagtails and a grey heron fishing. 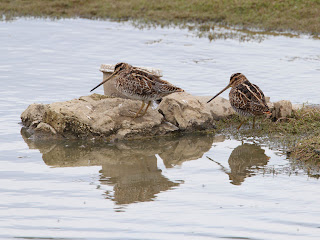 It was a day that was initially joyful for having seen the wryneck but tinged with sadness at its likely fate! A memorable day shall we say. That's life!
Posted by Phil Wallace at 22:46 No comments: Links to this post