Part 1 - Kitulgala and Sinharaja
(Is this the longest tail of any flycatcher?)


Kandy (no. 11 on the map).
On Thursday 18 February we descended from the lofty heights of Nuwara Eliya to Kandy, a major city to the North West. On the way, we visited a tea factory. The usual visit to a local production facility with its own tourist shop is something of a cliché. I enjoyed the visit. I was amazed that most of the machines were over 100 years old, often belt driven, and probably made in a Sheffield or Bradford engineering factory!

In Kandy, we were supposed to stay at the Hotel Suisse. This is a charming old colonial style hotel overlooking the lake. The view would have been something like this:

On arrival, the manager explained that there had been a water leak on our floor. He had arranged for us to stay at the modern OZO hotel, which overlooked the Hotel Suisse. Now, personally, I didn’t mind. As we were in a big city anyway, I preferred a room with modern facilities to the Victorian plumbing of the Hotel Suisse. We got the best of both worlds in the end. We enjoyed lunch in the grandiose dining room of the Hotel Suisse, but stayed at the OZO.


After lunch, we headed to the nearby Peradeniya Botanical Gardens, home to a host of trees, plants and birds. This was quite a busy place, with tourists from all over, including Sri Lanka.


The next morning it was another early start to beat the traffic. Our destination wasn't far away, but the traffic in the city was heavy from quite early on. The Udawatta Kele Royal Forest, Kandy is a mature forest on a hill near the city. We found several new birds there, although the number of new birds had, of course, slowed considerably as we approached the end of the tour. For me, as a photographer, this meant that I could concentrate on getting better photos of birds we had already seen.

Sigiriya (no. 12 on the map)
Our last overnight stop was at Sigiriya. The hotel was quite a large complex. It was nicely planned with many chalets, a swimming pool and open sided dining area. In all other hotels we had visited, the price of a large Lion beer was fairly standard. Typically 350-450 rupees, even in the best hotels. At Hotel Sigiriya it was 875 rupees! All other drinks were similarly overpriced. Hmm! Is that just profiteering?

The dining-room was open at the sides, with nets to stop monkeys and giant squirrels from coming in. David had trouble adjusting to Sri Lankan food. When the hotels offered Western food, he made the most of it. At Sigiriya, he ate a record fourteen pancakes with syrup at one sitting! That was after the main course. But, hey! Who's counting?

The area around the moat at Sigiriya Fort was a magnet for all sorts of birds. We had a great time there. The white-naped woodpecker eluded us on this trip. We looked hard at Sigiriya but to no avail. I didn’t mind. I was very happy with what I saw and photographed. Here are some of them:

Negombo
The Bandaranaika International Airport, Colombo, is actually to the North of the city. For our last night we stayed at Negombo, which is also North of Colombo and just 15-20 minutes from the airport. Virtually no chance we would miss our flight! After Sigiriya, the whole of the next day was taken up with the long journey South to Negombo. Traffic was bad, there were frequent road works and we arrived just in time for dinner.

On the way we stopped for tea at a roadside cafe. Nearby, we heard giggles from a woman enjoying a massage.

The following morning we had time to explore the hotel grounds for birds before leaving. The grounds were surprisingly productive. No new species, but closer to birds we had already seen. Lovely!


The hotel gave me the key to the ‘business centre’ so I could print some crosswords for David and me to do on the plane home.

And suddenly, it was all over. Check-in, shopping, boarding, flight home, landing, passport control, baggage reclaim, customs, home, bed. My own bed! How wonderful to sleep in your own bed again after a spell away. Even after a very good trip, well planned and executed. Thank you Gary, Tharanga and Limosa Holidays.

Posted by Phil Wallace at 17:34 2 comments: Links to this post 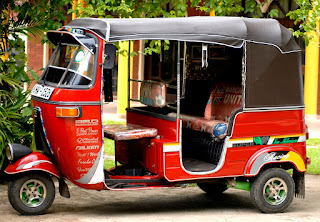 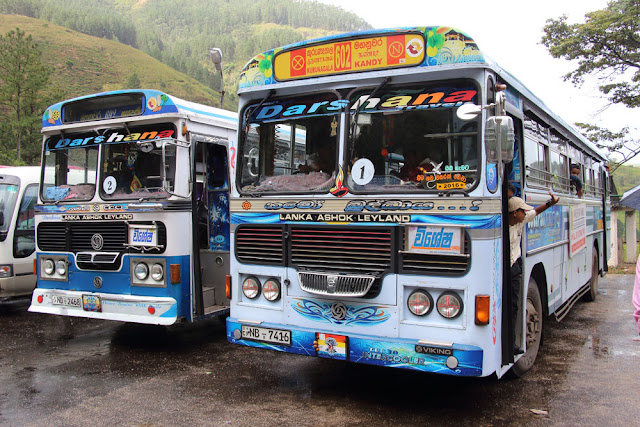 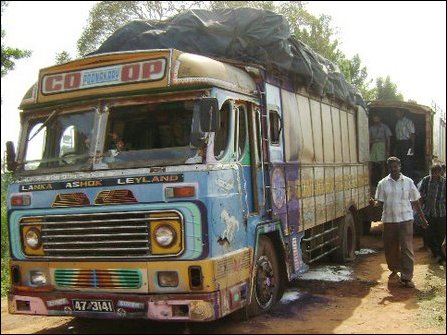 
Posted by Phil Wallace at 08:21 No comments: Links to this post