I finally saw these elusive birds today for the first time in my life. David Campbell had told me roughly where they were. I wandered round the mature wood listening intently for their calls. I met two others with the same intention. They had seen one fly in but had then lost it. After scanning the tops of some very tall trees for 10 mins I saw one fly briefly from one branch to another.
Lesser spotted woodpeckers are really quite small and unobtrusive. It's no wonder their nickname is 'never spotted woodpeckers'!! I saw male and female birds but my shot of the male is out of focus. Here is the female working quietly under a branch.
. 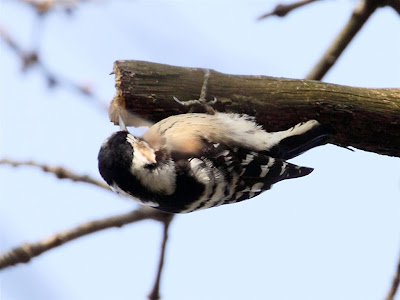 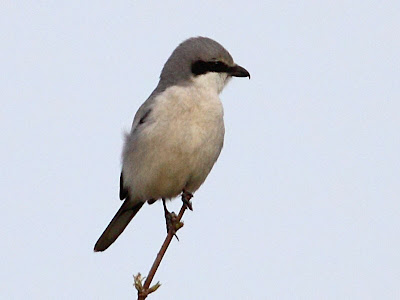 It was getting late so I had to go and pick Lynne up from her parents. In all, a modest day. Three year ticks, the Cetti's warbler, Black Redstart and the Shrike.
Posted by Phil Wallace at 21:35 3 comments: 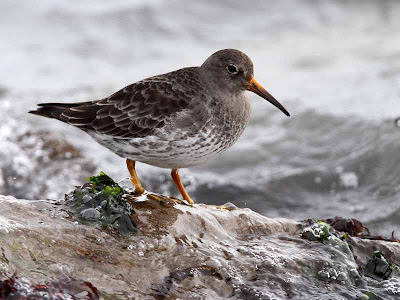 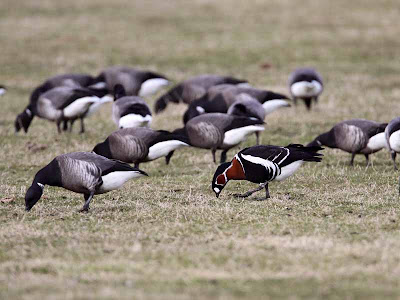 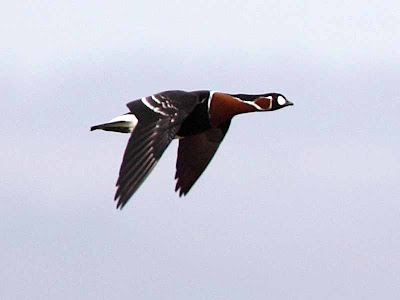 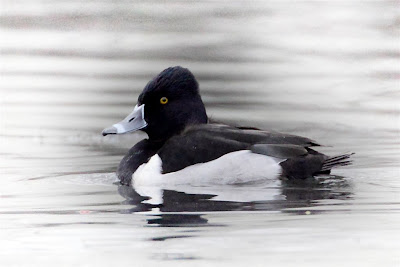 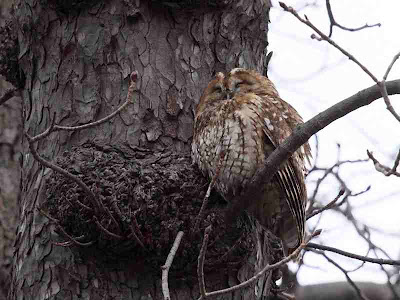 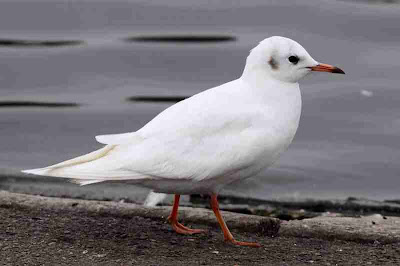